Robert (Bob) McCullough, 89, of Burton, OH passed away this morning. Clyde Robert McCullough was born in Massillon, Ohio on April 8, 1927 to the late Albin C. and Margaret V. (Zilke) McCullough.

He grew up in Claysville, PA. Immediately after high school, he was drafted and proudly served in the U.S. Army. After World War II, Bob attended Washington & Jefferson College for a year, transferring to Muskingum College where he met his beautiful wife, Mary Ruth Hoag. They were married on August 23, 1952 in Norwalk, Connecticut.

Bob became a Biology teacher, teaching at the old Burton High School as well as Jefferson and West Geauga High Schools and later retiring from West Geauga School District in 1990.

Bob was very involved in his community. He was an active member of the Burton United Church of Christ from 1955. He was a member and Board Director for Geauga Teachers Credit Union. Later becoming one of the founders and past Board President of the Geauga Community Credit Union. He was also a volunteer for the Geauga Park District, later being appointed as a Park Board Director and served in that capacity longer than any other board member. He saw the Parks grow from two parks to 18 public parks in his 48 years there.

Bob’s passion was to preserve and protect the rare natural habitat of Geauga County. He has given the present residents and countless generations to come a wonderful legacy. His wise counsel and steady influence will be missed. Lastly, Bob was an active birder who organized and compiled the Geauga County Christmas Bird Count for many years. He passed on his passion for birding and the Great Outdoors to all of his children and their families. 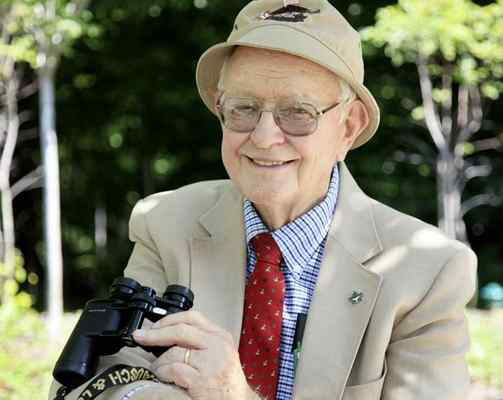