When snowmobiles are permitted in the parks… 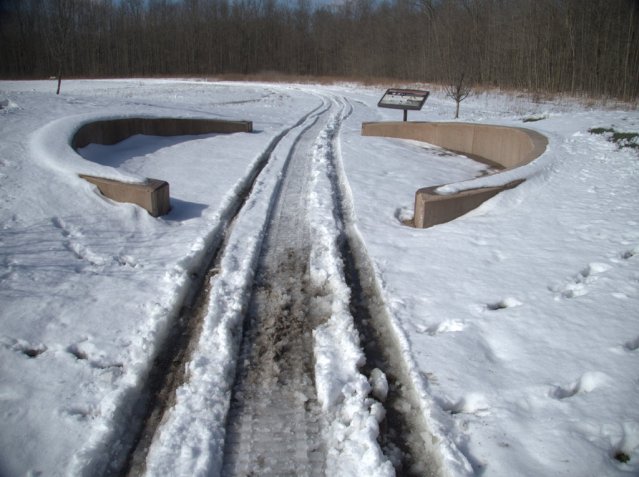 When Protect Geauga Parks organized a trail hike at Observatory Park last Saturday, February 10, we were pleased to see that there was no evidence that the assigned snowmobile trail had been used for that purpose. In addition, the weather conditions made it unlikely that anyone following the published rules would be using a snowmobile there as there was only two to three inches of snow and the temperature was projected to be above freezing for a few days.

However, as we had warned, the rules for snowmobile use established by the Park District were no barrier to at least one irresponsible individual who, apparently later that day, drove a snowmobile off the assigned trail and through the permanent outdoor displays including the planetary trail at the park. The planetary trail creates a large-scale perspective of the solar system with individual stations that include a multi-faceted educational presentation on each planet. This includes a colorful base of minerals at each station representing the predominant color of the planet. How much of this will need repair once the snow melts to reveal the damage?

Geauga Park District executive director, John Oros, has been adamant that the snowmobile program set up last year was “very successful.” Does he still consider this activity to be a success? How much taxpayer money will be needed to fix the damage? Will John Oros be donating his own time and money to pay for this?

Thanks to Bruce Bennett and Barb & Dave Partington for submitting the photographs. 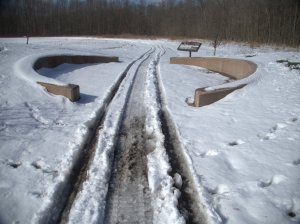 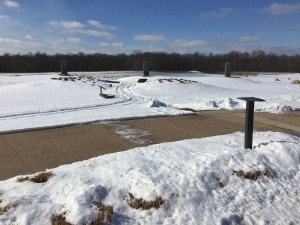 Clearly there was less than the five inches of snow the Park District says is the minimum depth for snowmobile use. 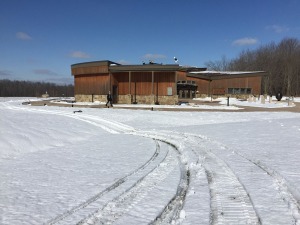 These tracks are totally off any trail on the grassy area south of the McCullough Center. 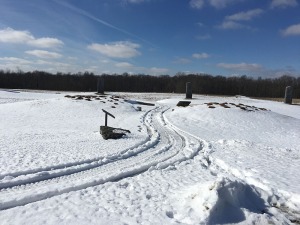 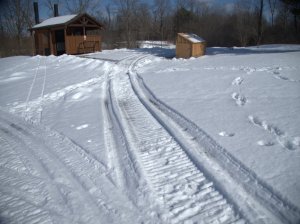 Not to be outdone, someone also drove a snowmobile on the Maple Highlands Trail at Mountain Run Station.